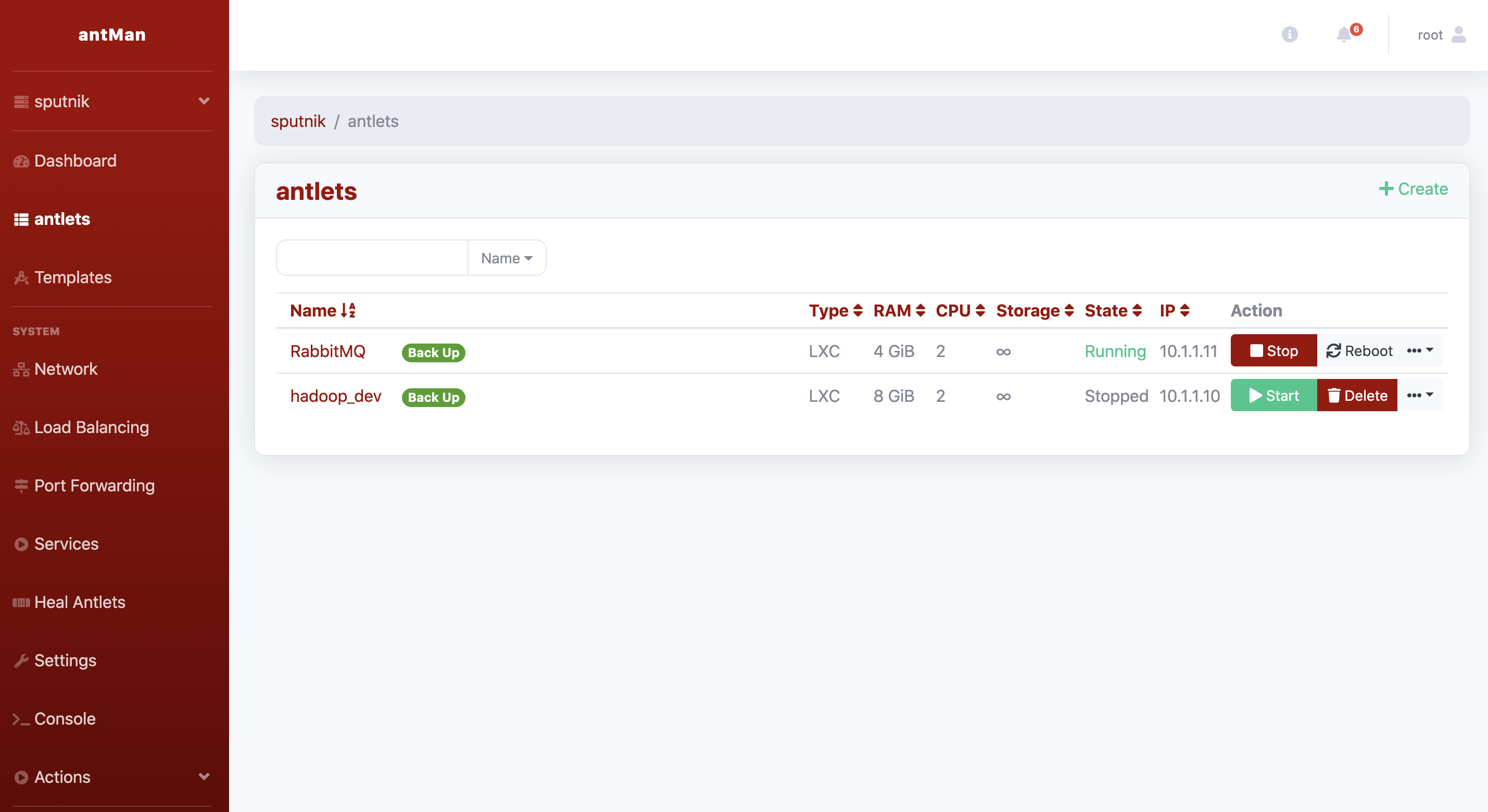 This is a short review of my Antsle one D, running the antMan service.

First off, we did have a brush with customer service, having received a unit that wouldn't power-up (not the most precious of starts); however, one new power-supply later and we were up and running.

Brief description of Antsle and the antMan OS would be that it's a incredibly quite server running a modified Linux, edgeLinux which has been tuned for containerisation and running virtual machines.

The hardware itself is reasonably priced, runs silently and performs more than adequately for my home-lab use.
One thing to note is the lack of GPU options, limiting its potential use for (say) ROS or OpenCV based projects.

Note: OpenCV does have a Kickstarter campaign for an open AI board, which is rather exciting, if you are into that sort of thing.

antMan runs containers called Antlets, which come in virtual machine or more bear metal flavours (LXC or KVM).
I do encourage you to checkout the documentation https://docs.antsle.com/antlets/antlets for more details on hosting options. Docker is also included as a system-service (but I went ahead and turned that off).

I use my Antsle for long-term projects, more robust or demanding than, say, one would host on a Raspberry PI.