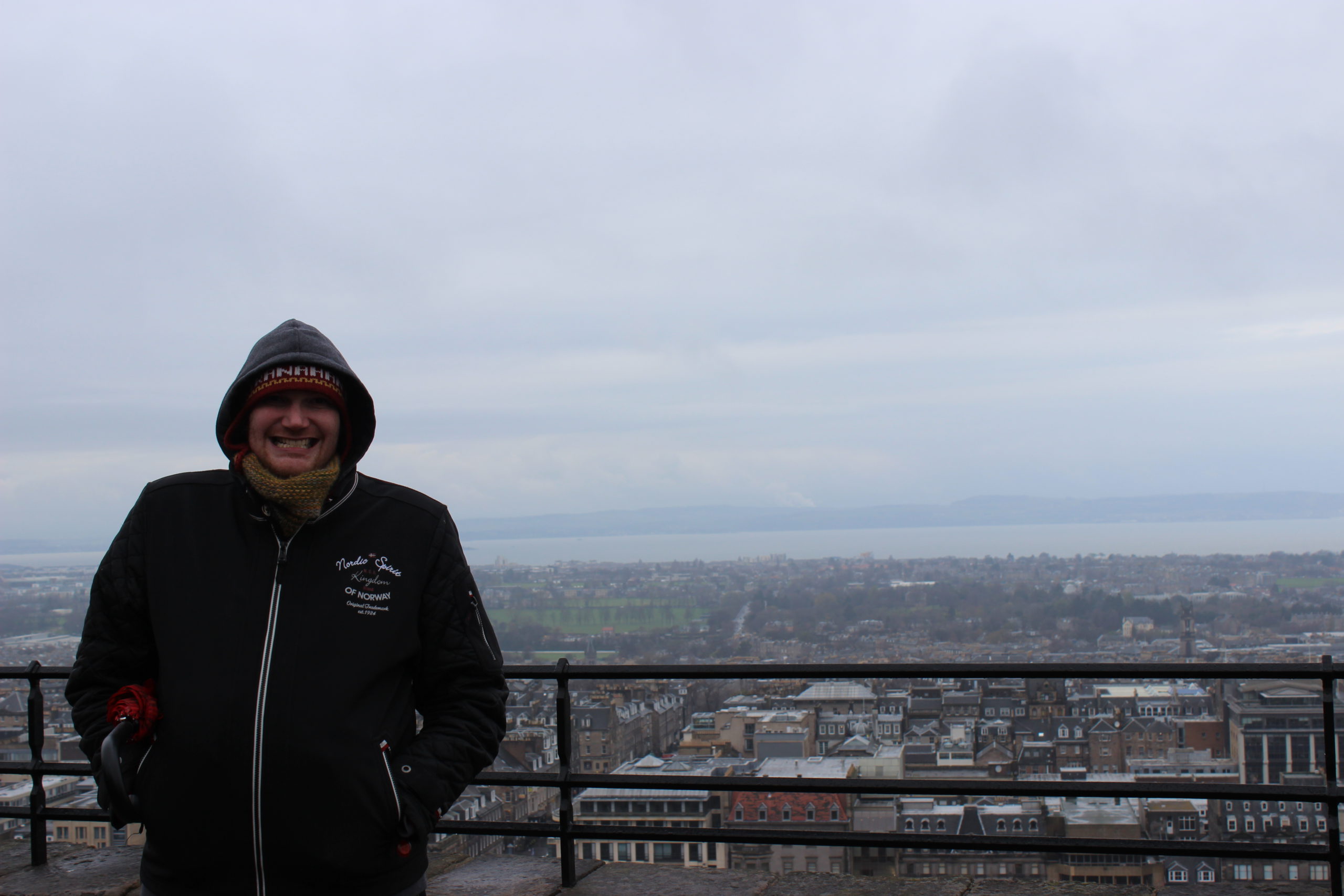 I'm, at heart, a software engineer.
I've wanted to be an engineer from a very early age.
Growing up in England, the first computer I started developing on was a BBC micro.
Those bays it was all BASIC, but I started to get interested in assembly because I liked to write games, and assembly gave me direct access to the graphics functionality.

Fathers, be careful what you introduce to your children, you > don't know what path you'll set them on :).

The day I finally got my hands on a hand-me-down x86 computer, things started to heat up. We got a copy of Turbo Pascal, and there was no stopping me. Turbo Pascal has a fantastic IDE, and you can embed assembly in-line. I'd spend days, weeks, writing little games and graphical demos. The idea that with a little bit of code, I could make an image on a monitor (or TV set) make me feel like a TV producer!

I scraped through school, never really been much of an academic, being dyslexic didn't help, but I did manage to get into university to study software engineering (what else?).

I had a fantastic time; doing something you love makes it far more accessible.
Now, I lived a far distance from campus, and I didn't what to go all the way there to use the labs (all my course work was to be done in Modula-2 on Unix boxes), so I got my hands on Linux (Slackware version 1.something); It wasn't effortless to install; in those days, you pretty much had to work it out for yourself. But it was magic, and I was finally free from the tyranny of icons and mouse clicks, it was like a grown-up DOS, and taught me the basics of Unix command line, bash, AWK and SED programming.
I was constantly surrounded by object diagrams and pattern books (nothing has changed :).
We were finally let loose on Java, and I started to appreciate the beauty of OOP.
Having been taught a disciplined approach to software engineering helps me now to focus and not get lost; UML is my friend, SysML, and SSADM are travelling companions.

Out into the wild

Finally, I found a home, working alongside some epic developers (like Ben Laurie) writing in this thing called perl for the newfangled world wide web. I mastered apache, perl, writing CGI and mod_perl programming.
And the rest is history.
Over a decade on and a lot has happened, I worked for several start-ups, may went belly-up, others got eaten by bigger fish.
My big break came when I landed a job at Amazon.co.uk in Slough (where the UK version of 'the office' was based). I was now building web-apps for one of the biggest retailers on Earth!

You really can get anything from Amazon

TBH, the work wasn't that exciting; so I was looking around for other opportunities, when an e-mail landed in my in-tray, "Looking for the next programing super-star!" - never have I considered myself a "super-star", but the role, working for AWS in Seattle.

I loved visiting the USA, and speaking at YAPC::NA every year had become my main vacation. So I packed a bag and headed over to Seattle for the interview.

I landed the role and moved over the pond to Seattle.
AWS is a fantastic company to work for; the projects were exciting, and best of all, I still got to write my beloved perl.

I say best-of-all, but really the best thing was meeting my wife, Tracy. She was working in a different department. Tracy likes to joke, "You really can get anything from Amazon".

The years rolled by, but I could tell that Tracy was missing something - mostly because she kept telling me so;
"I miss Colorado", she'd say, followed by "it's dark and damp here in Seattle".
When the doctor started prescribing vitamin-d, I got the message, and it was time to head west.

To infinity and beyond

I lucked out and found a job in Colorado working for Vail Resort,
The work was fun; I'm doing a lot of mason/perl and even a fair bit of Android/IOS development.
I'd fallen in love with app development, XCode and objective-c forced me to learn something new, and really, that's what it's all about, keeping yourself relevant, having fun.

So what does the future hold?
Right now, I'm with Verizon Location Technologies based in downtown Denver.
I've been developing world-class iOS/Android apps (like MapQuest), and people managing (technical manager); but right now, I have risen to the role as our principal architect, where I can flex those design skilled I crafted many years ago, enhanced with the experience I've gained over the years.

Thank you for taking the time to read my dribble, if you'd (still, even after reading this) like to get in contact with me, please drop me a mail via robindarby[at]mac.com, and be sure to check out my résumé on LinkedIn.